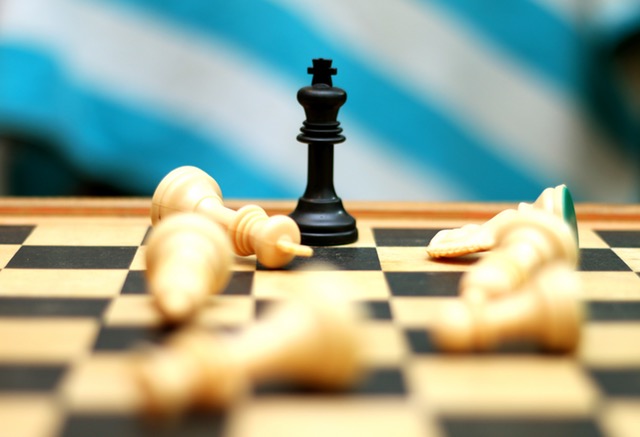 I’ve talked previously about the problem of men not dealing with, or processing emotions, and instead pushing them to the side for later; but later never comes. I’ve also mentioned that the ability to set emotions aside itself is not a problem; but when this is the only response to emotions, then it becomes an issue. I’d like to talk more about the benefits of being able to set aside emotions, as I have experienced quite recently.

This last Saturday, before Easter, it was an absolutely beautiful day here in Portland, Oregon. The sun, which has been hibernating for most of the last 6 months, was out and the mood in the city was high. Such was the case in my neighborhood until about 12:45 in the afternoon, when the day took a terrible turn.

3 young men who had been up and down our street a couple of times already, were meeting with a man in the park right by our house (there was supposed to be some sort of exchange arranged through the internet), when one of the three men pulled out a gun and shot the other man.

I heard the gunshots, but in the immediate context I interpreted it as a neighbor dropping a kayak on the ground (my neighbors across the street had been getting ready to go kayaking). I would not have thought anything of it if I didn’t see another neighbor come out of his house looking very concerned. I followed suit. Just after getting outside I heard another neighbor shout, “Oh my god, somebody just got shot. I don’t know what to do.” Just before this I had seen 3 young men run down the street. I would soon find out they were the ones who shot the man.

Instincts took over, although I don’t know how. I looked at one neighbor who was already on his phone and asked if he was calling 911. He nodded that he was. I approached where the man was shot, hoping with all of me that someone would have already responded and started helping him. He was lying lifeless on the ground, and nobody knew how to help him. I knew enough, so off I went.

I approached the man, asking his where he was shot. He was unresponsive. I looked at him to find where a bullet may have hit him, but due to the puffy jacket he was wearing I couldn’t see anything. I unzipped his coat to finally find a small hole in the hooded jacket underneath. The wound was in his chest on the left side. I knew at this point that he was unlikely to survive this. It will have either punctured his lung or heart. I went to work anyway, hoping beyond hope that he could be saved.

A neighbor had handed me a towel, so I used that to apply pressure to the wound. I checked his life-signs. He did not seem to be breathing, but he did have a faint pulse. I knew I would have to start CPR. Another person had come to help, so I asked him to hold the pressure on the wound while I started chest compressions.

It seemed like a lifetime before the police arrived; and for him it was, because he died sometime between the time that I arrived and the police showed up. The police took over for me, pronouncing him dead shortly after. They took my statement and allowed me to return home, where I then had to do the work of dealing with everything that just happened.

I was able to respond to this terrible event and try to help the victim because of the ability I have to push aside emotions and trauma. This tragedy would have been far too overwhelming for anybody without this ability. It is this ability that millions of men and women employ every day to deal with high stress situations: soldiers, emt’s, doctors, police, fire-fighters, the list goes on. Without this ability, these men and women would be unable to do their jobs.

Being able to push aside emotion for a time is an incredibly adaptive skill. It enabled me to not be overwhelmed by the countless things that should have overwhelmed me, by the trauma of the event and watching someone die a tragic death, and instead do what needed to be done in the moment. The problem is that so many people, namely men, get stuck doing this all the time with every difficult emotion, thereby causing that pileup of emotions that I’ve talked about before.

It is okay to push aside emotions for a time in order to deal with high-stress, difficult situations in the present. What must not be done is to leave those emotions and never return to them to process them. When I got back home and I had a moment to myself, I took time to assess my feelings, to be overwhelmed, and to pray. I have, since then, processed my feelings and thoughts with family members and friends.

It would have been easy for me to just keep going as if nothing happened. To shrug off the trauma as if I’d just stubbed my toe, a little painful but nothing I can’t deal with. But I know that the trauma of that would not go away. It would follow me and haunt me.

Instead I chose to return to those difficult emotions and give them space in my life to be expressed. I allowed the event to be a part of my story, rather than something to be forgotten. Will I continue to experience difficult emotions from this event? Probably, the longstanding effects of this are yet to be seen. But I believe that the effects will be minimal compared to if I had not addressed the difficult feelings.

So my message to men is, go ahead and push aside those difficult emotions when you need to. It is not always a convenient or appropriate time to be able to deal with them.  But return. Return to the emotions and find a way to process them that is effective for you. If you need extra help, find a counselor to talk to.