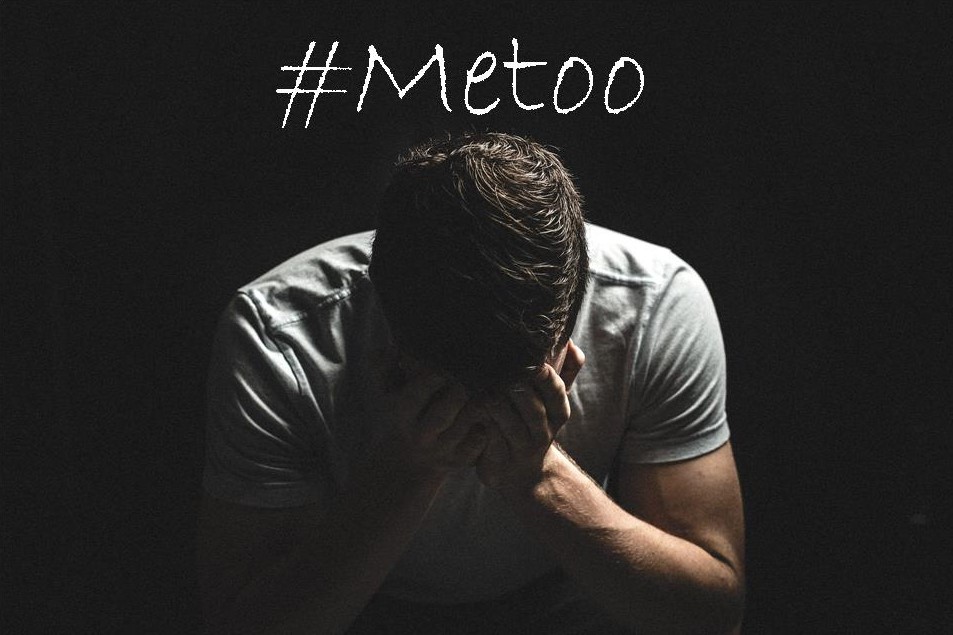 Many of you may by familiar with the recent social media trend of women speaking out about their experience with sexual harassment, abuse, or assault. #Metoo could be seen all over everyone’s social media feeds. It was incredibly dis-heartening to see how many women that I know who have been affected by sexual harassment or violence of some sort. However it was encouraging to see the strength that all those women showed in speaking up and speaking out about it. The most discouraging part, however, is that the vast majority of sexual related violations are performed by men. This is a serious problem and I believe that our culture of masculinity has a lot to do with it.

From the time that men and boys begin learning about masculinity, certain messages about sex begin to permeate. Messages like, “men should be dominant in sex,” or “sex is about conquering,” or “the more women you sleep with, the manlier you are.” Men hear these messages all over the place, but especially from the media. Think about how often the manly man gets the girl, how many women James Bond has slept with throughout the films, how often in films and television a man will make an advance toward a resistant woman who eventually gives in (ex. Rhett Butler and Scarlett O’Hara). All of these messages communicate to men that sex is important for their masculinity and that the male is more important than the female in sex. It tells them that they are allowed to take sex if they want, and that women don’t know what they want. All of this is false.

Men also learn that if they can’t perform sexually, for one reason or another, then they are less of a man. This causes great shame and embarrassment for men. I have seen this in my office countless times. This shame and embarrassment only serves to compound an already difficult issue. If a man is having trouble with sexual functioning, believing that he is less of a man is certainly not going to help any psychological contributions to the issue; no, in fact it makes it worse. This pairing between masculinity and sex is harmful for both women and men.

Entitlement: To Get What Is Owed

Men also seem to learn that they are owed sex. This mentality is expressed in a number of different ways. Many traditionally hyper-masculine men will believe that women should be throwing themselves at them simply because they are manly men. This, then, works itself out in men giving women complements (read sexual harassment) and aggressively pursuing a woman who is showing/communicating that she is not interested. These men are then confused or even angry when the women that they are harassing is not flattered and eager to jump into bed with them. All of this comes from an assumption in masculine culture that manly men are owed sex simply because of their masculinity.

Then there are the “nice guys.” These are the guys who know that they can’t compete with the manly men, so they take another strategy that appears equally entitled. They believe that if they can befriend women, be nice and chivalrous to them, then eventually they will be rewarded by sex. These men think that they are owed a sexual prize regardless of whether or not the woman is interested in them. They are, then, incensed when they are “friend-zoned” and not appreciated by the women they are trying to manipulate into bed. This can be especially dangerous as it can breed a resentment and anger toward women that may push a man toward rape, or worse. The Isla Vista killings are a haunting example of a man who, because he was never given sex by women (“it’s not fair” he says), he decides to take retribution, killing 6 people and injuring 14 more.

Sex is not something that anybody is owed. Men, in thought and deed, must learn to respect women. If we don’t, I fear things will only get worse. We must change how we think of and engage in masculinity.

What Needs to Happen?

Masculinity and sex have been nearly synonymous for millennia. In many ancient civilizations the penis (phallus) was a symbol of power or potency. It seems clear that, given the discussion above and the long history of men sexually subjugating women, this pairing (equating masculinity with sex, especially domination over women) is not healthy for men, and it is especially unhealthy for women who bear the brunt of the damage from it. I think that it has always been problematic.

What we need to do is to de-couple sex from masculinity. Sex is not necessary in order for a man to be masculine, nor should sexual conquest (i.e. promiscuity) be equated to manliness. Instead, men must learn to respect women and to view sex as a relational act – not a personal one. Men need to learn to treat women as equal in nature – as fellow humans worthy of dignity and respect – despite our qualitative difference. If we don’t do this, and soon, we will only see more sexual violence. Without action, societies tend toward decay, not growth. Action is necessary to stem the tide of sexual harassment and violence. And that action needs to occur in the hearts and minds of men and women, and in men and women coming together to confront sexual harassment, violence, and entitlement in themselves and those around them.