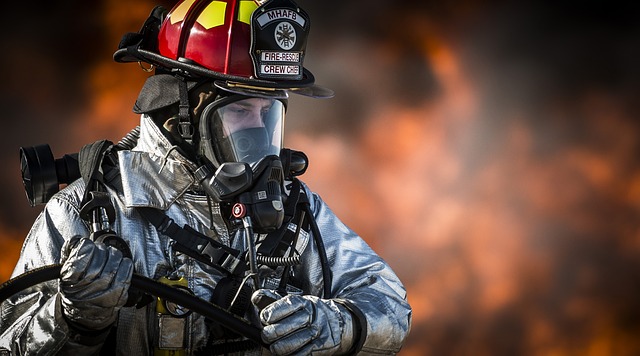 In writing this series on masculinity, it is my intention to broaden the definition of masculinity so that it is not as constrained as our current cultural construct. Today’s subject is courage and some may think that defining men as courageous does not broaden our masculine concept, and that would be true. Culture already defines men as courageous. But I would be remiss in not including this as an essential piece of masculinity. I think it is clear throughout history that the best men have great courage. However, what I want to do is to flesh that out a bit and perhaps broaden our understanding of what it means for a man to be courageous.

I would first like to take some time to really define what courage is. Webster defines courage as such: “mental or moral strength to venture, persevere, and withstand danger, fear, or difficulty.” This is good, but I think there is more to it. I think that courage is the determination to move towards something dangerous, fearful, or difficult for the sake of another. It is important to distinguish the motivations of one’s actions to determine if it is truly courage.

What Does Dangerous, Fearful, or Difficult mean?

Now I want to clarify what I mean when I define courage as moving towards something dangerous, fearful, or difficult, because we are not just talking about walking into a burning building or going to war. Courage can be shown in a myriad of actions, including the most mundane.

I often tell clients soon after meeting them that it took great courage for them to walk through the doors of the counseling center, and it’s true. There is a stigma around counseling. People can tend to think that either counseling is useless, or that if you go to a counselor there must be something really wrong with you. Neither of these is true, but nonetheless that tends to be the beliefs of people who don’t understand what counseling is.

So there is this general stigma around counseling, but then there is an additional stigma for men (my primary clientele), because men are supposed to be strong and going to a counselor means you’re weak. It takes for a man to call up a counseling center, let alone walk through the doors, because he is moving towards something harmful or difficult. People may mock him or see him as less of a man. He may have to face some difficult stuff in therapy. It takes courage because most of the time he is not doing it for himself – he benefits, but his motive is most often that relationships are suffering.

Courage can be seen in an infinite amount of actions. It is displayed in a person fighting cancer as well as fighting a war. It is seen in a person going into a job they hat every day for the sake of their family as well as entering a burning building to save a child. It can be seen in the everyday activities of a person who does difficult things not for his own advancement, but for the good of others.

So those of you that have never rescued someone from a burning building, or saved people from a gun-wielding psychopath, remember that those are only some of the forms that courage comes in. You don’t have to be a hero to be courageous, to be masculine.

I believe that courage is an essential attribute of masculinity because it is clear throughout history that the best men laid down their own safety and security for the sake of others or an important cause. There isn't the space to discuss all of them, so I will name a few briefly. Martin Luther risked his life to stand up to the church and expose false teachings. Nelson Mandela was sentenced to 20 years in prison for opposing apartheid. Galileo worked for the advancement of truth despite being threatened by religious authorities of his day. These are just a few of the many great men who have shaped recent human history and who showed great courage.

It seems clear to me that courage is an attribute that all men should seek to embody in order to be truly masculine. And given the definition of courage outlined above, I think that it is attainable by all men, without exception. It doesn’t require a man to give up his life (although it could), it simply requires him to give up his own comfort, safety, or security for the sake of something or someone else.

For other posts in this series, look here