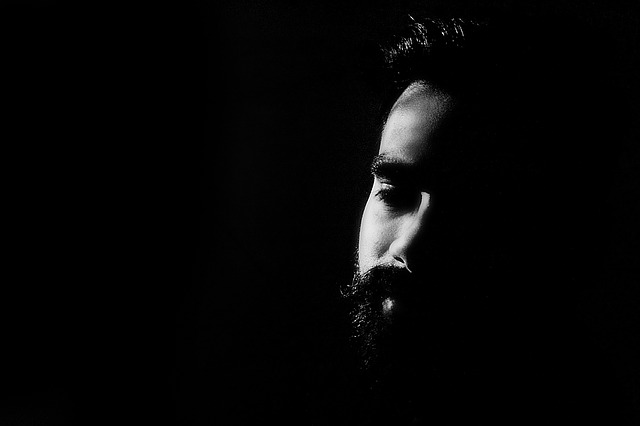 ­­­My fight with masculinity

During college, I got a seasonal job at Costco.  This was a great job because it paid well and they worked well with school schedules. Then, when I finished my undergrad and started looking for jobs, I was fortunate to already have a job that I could work.  When I decided to get a master’s degree because I wanted to be a therapist, that job was still there and worked well with my school schedule.  All this time I was getting raises and increasing my worth in the eye of my employer.

Before I went to grad school, I got married.  Right after grad school, we had our first child.  The plan was always that Costco would just be a school job.  The problem was that by the time I finished school, the pay was better than I could expect from most counseling positions, I had good benefits, and I had a family to think about.  So I stayed at Costco, all along thinking that something would come along that would be a good opportunity in counseling.  Or I would eventually build up a good enough practice on the side that I could quit.

That never really happened, and even worse I was placed in this strange bind of masculinity.  Our cultural definition of masculinity tells us that the more money you make, the manlier you are.  It also tells us that the more prestigious of a position you hold, the more masculine you will appear.  (These are linked in that generally more prestigious positions pay more.)  In addition, a man is supposed to take care of his family financially.  My bind was that I was making pretty good money at Costco – more than I could easily make doing counseling – so I should stay there.  However, Costco was not my end-game, so I did not want to move up the ranks there (more prestigious position).  Working as a forklift driver is not a very prestigious position. Masculinity was also telling me that a job in counseling looks much more respectable than working at Costco, so I should leave and do that.  The problem there was that I would take a large pay cut, initially. I was in a bind because either way I could not appear more masculine, unless I stayed at Costco and rose up the ranks into management (in which case I would have to give up on my goals die a little bit inside).

Ultimately I made the decision based on my personal values and beliefs, rather than a cultural definition of manhood.  I decided to take the leap into counseling despite society possibly thinking that I’m not caring for my family.  I would argue, though, that I’m caring better for my family now than I ever have.  Sure we aren’t able to eat out as much as we used to, or do as many fun outings, we can’t buy a lot of new toys, and we aren’t likely to buy a house anytime soon.  But I am spending more quality time with my wife and kids.  I am more present physically and emotionally than I ever have been.  And this is what I think is more important than money or prestige.  To the outside eye I may look less masculine because I am not earning 6 figures, or holding some high level position at a company.  But I know that I am a much better man now than I have been, and I am a much better father and husband, too.

This is another area where I would like to challenge the social mores, the rules that tell us how we should live.  Our culture tells us a man needs to provide for his family and that the more money he makes and the more prestigious his position is, the manlier he is.  This ends up being incredibly harmful to men and to their families.  Men end up getting stuck in jobs that they hate just because it makes them look good (ex. if I had climbed the ladder at Costco).  Or they are in jobs that they don’t mind but look less masculine (ex. If I remained a forklift driver). They become depressed and resentful.  They end up working more in order to make money and provide for their family.  Meanwhile they are absent from their home more often than not; and when they are home they are emotionally un-available for the wife and kids, if not irritable and angry. They disappear.

This tends to cause problems at home.  A manly man distances himself from his wife and kids, not wanting to share his feelings; or worse he becomes aggressive in his anger that is pent up from his dissatisfaction at work and released at home.  He is stoic, emotionally un-available.  And even worse, in all of this he becomes a model for his children of what it looks like to be a man – passing on a mantle that is so heavy and painful it ought not to be worn.

In my experience kids care less about having every little toy or thing they desire, than they do about having a dad who is present.  The hurt of not having that cool new toy is going to be much less than the hurt of not having a dad who is physically and emotionally available.  I have never seen a client suffer from mental health problems due to not getting a certain toy or whatever they may want as a child.  I have seen countless issues stem from an absent, or emotionally unavailable father.

Likewise, a healthy marriage is not fed through money or prestige, but through the presence and vulnerability of the partners.  A man who spends the majority of his time at work cannot properly care for his marriage.  Nor can a man who comes home and just sits in front of a screen or drowns his worries in alcohol emotionally connect with his wife.  A good marriage requires the presence, participation, and emotional availability of both partners.

It is because of this that I chose to loose the chains of traditional masculinity on myself, and I would encourage you to do the same.  Masculinity ought not to be defined by the money and prestige that a man garners for himself and his family, but by the way he cares for himself and his family in all aspects of life: physically, emotionally, mentally, spiritually, etc.  This requires sacrificing some wealth or prestige in order to balance other needs. If we could change our definition of masculinity, then maybe we could see a societal shift of jobs requiring less time from employees, men enjoying or tolerating their work better and spending more quality time at home, and people being less concerned about their status and more concerned about those around them.  Men can reappear as husbands, fathers, and forces for good in their communities.

One Reply to “Disappearing Men: How the American workplace is claiming the lives of men and their families”