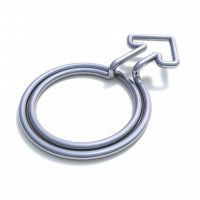 Messages about masculinity saturate our culture.  From television to movies to newspapers to music, we are constantly barraged with different definitions of what it means to be a man.  Think about how men are portrayed in popular television shows today.  Many men are depicted to be confident, assertive, strong, successful, and not allowing emotion to show.  I stole the title of this blog post from the line of a Bonnie Tyler song (“Holding Out for a Hero”) in which the hero the female singer longs for must be “strong,” “fast,” and “fresh from the fight.”  This is just another example of how this masculine stereotype creeps into our culture.  The other kind of man that is typically shown in media tends to be the buffoon.  He is sloppy, lazy, and can’t do anything right, but thankfully he has a wife who begrudgingly puts up with him.  I think Homer Simpson, from the popular and long running animated show, The Simpsons, is one of the better demonstrations of this stereotype.

So what?  Well, the problem is that our media has defined what it means to be a man, and I believe that the media’s definition is not healthy.  It causes men to try to become something that most men aren’t.  Even worse, it robs from them the opportunity they have to define masculinity for themselves and to truly understand what it means to be a man.  The media defines masculinity so that men, then, have to try to fit into a foreign construct.

These inappropriate definitions of masculinity can cause many problems, including issues with self worth, identity, homosexuality, and more.  As a professional counselor I have talked to many men who struggle with their masculinity because they don’t measure up.  They end up either forming an identity that is totally false, just to fulfill the requirements of the culture around them, or they fail to conform and risk feeling impotent in a society full of macho men.  They lack self worth, deal with depression, and live in-authentically.
Any way you slice it they often end up seeking the approval of others unhealthy ways.

Masculinity is reaching a crisis point.  Something needs to change.  Men need to start helping one another define masculinity individually.  Rather than manufacturing qualities and characteristics in oneself that society says are manly, men need to examine themselves to see what about them is already masculine, and redefine masculinity so that it incorporates all types of men.  We need men to become the kinds of men they are meant to be, rather than the kinds of men media says they should be.